The Library of La Rioja keeps all kinds of stories inside. ‘Te, Chocolate and Coffee’ proposes re-imagining your patio as a Corral de Comedias (1) to transmit and interpret these stories – the city of Logroño had a Corral de Comedias the courtyard of the Hospital de la Misericordia, inaugurated in 1604 and which remained until 1839 -.

With this intention, the intervention starts from a series of architectural spaces that invite storytelling and borrows them to give them a new context in the library courtyard, placing them around the puppet theater, which acts as a stage. This re-contextualization turns them into characters and spectators, in such a way that each individual fragment proposes a way of telling – and listening – stories, more or less intimate, more or less collective, more or less exposed, that together form the grandstand for the central stage.

m. During the XVI and XVII centuries, this word was used to designate a model of public open-air theater installed in the inner courtyards between neighboring blocks in the main cities across Spain. 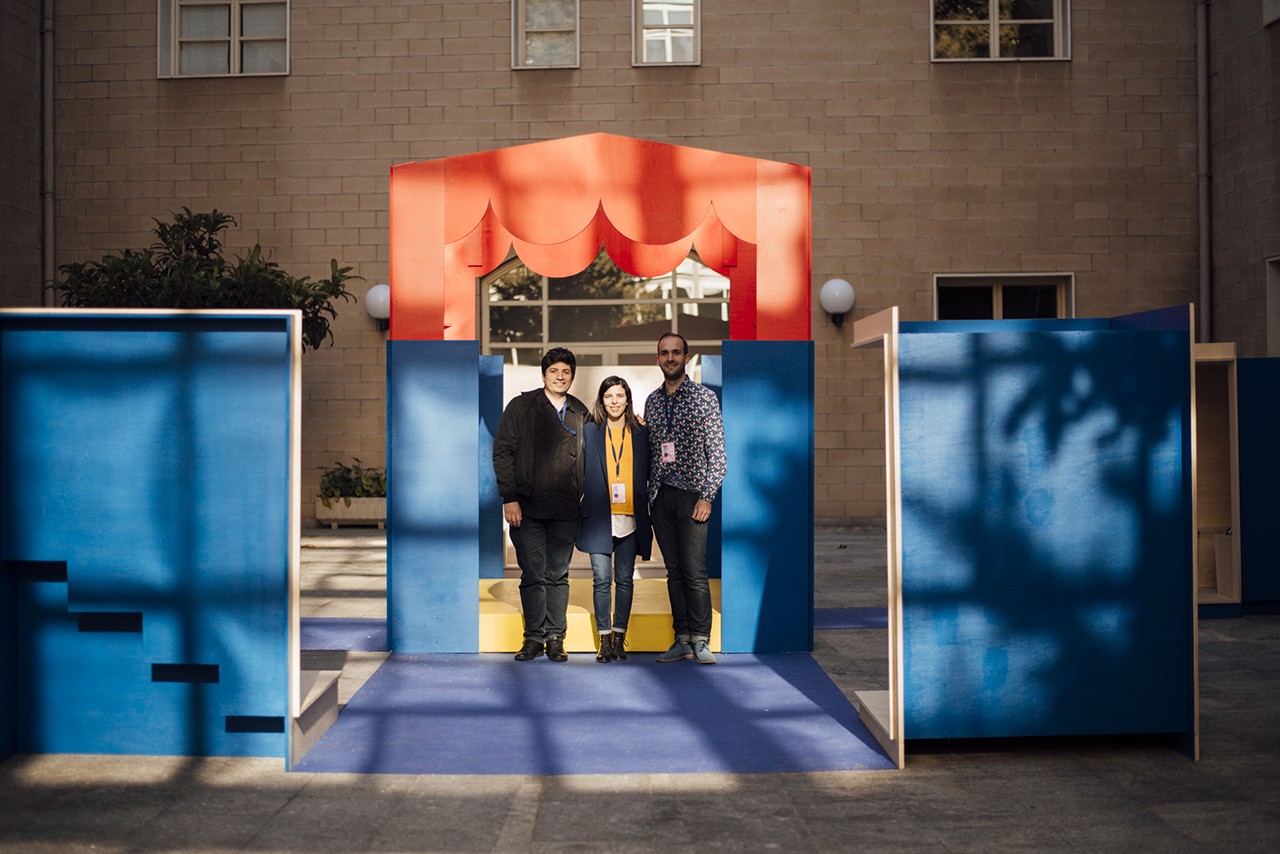 Knitknot architecture is an award-winning international collective based in New York
City, Los Angeles and London. Founded in 2013, knitknot has developed projects across different mediums and scales, combining practice with academia.

The collective was awarded in 2015 with the first prize in Europan13 Norway, the runner up prize in the City of Dreams Pavilion competition in 2017, and was recently awarded the 2018 INTBAU Excellence Award for Community engagement for EL JICARITO SCHOOL, in Nicaragua, built in 2018.

Knitknot members have taught and conducted research in Columbia GSAPP and Pratt Institute in New York, Princeton SoA in New Jersey, USC Los Angeles and the Bartlett in London. Our work has been published in magazines such as AVProyectos, Revista PLOT, MONU, Public Journal Design+Humanity and POST.