We went out to the museum’s courtyard, a place unknown even to the inhabitants of Logroño, where the piece “The Last Acquisition of the Museum” is located in a space designed for that purpose.
Art + Garnica + Patio

La Rioja Museum Yard
The Museum of La Rioja was created in 1963 and was installed in the Espartero Palace, which had been acquired by the State in 1884 for the Episcopal Palace, which justifies the coat of arms on its façade. However, it did not become so, and after several uses, the Museum was inaugurated there in 1971.
The courtyard can be accessed through Albornoz Street, where it coexists with the back façade of the Museum and with those that delimit Laurel and Travesía del Laurel Streets. 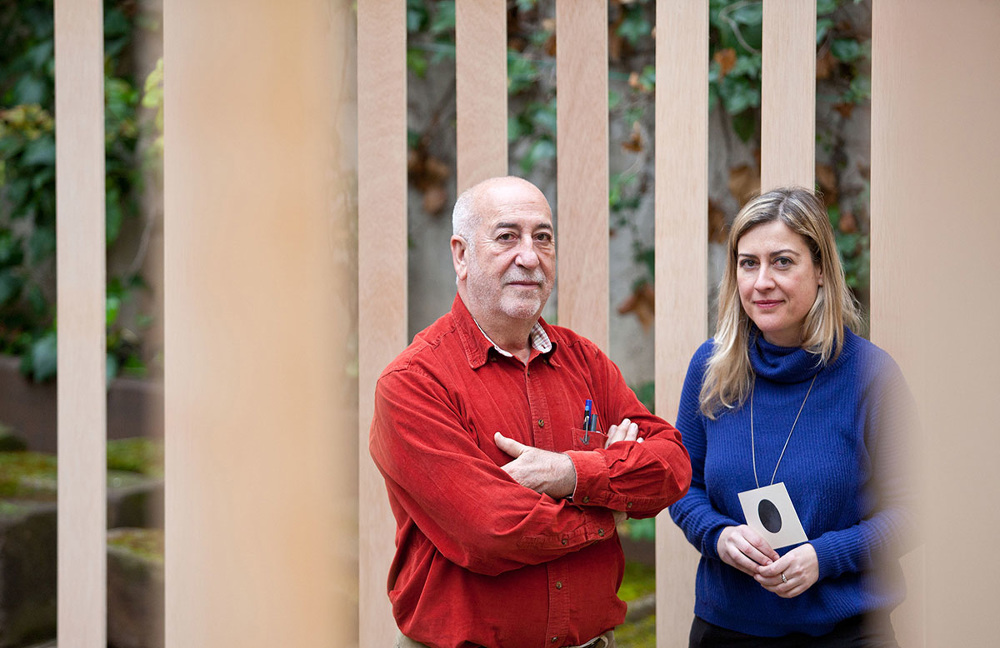 It is an architecture studio formed by José Miguel and Aurora León.
Project carried out with Nerea Moscardó as collaborator.

Our work is developed in different areas of architecture. From the design and construction of buildings and urban spaces to the development of the Logroño Architecture Guide, from the creation of ephemeral installations to our participation in teaching.
A little more than a year ago, we created PLANTA BAJA, a meeting, exhibition and sales point around the world of design, art and urban culture.