The Plaza de San Bartolomé is a place to pass through but it is not inhabited or enjoyed; in itself, it does not generate a city.

The aim of our intervention is to generate the city and we base this on the theories of Camilo Sitte and Christopher Alexander and their patterns of language.
So, once we had analysed the itineraries marked out by the citizens and seen the resulting “plots” and without interfering with the routes, we intervened, we dropped something abrupt, an artefact, a mini theatre as if it had fallen from the sky, with its mini stage and its mini tiered seating area, with the floor plan of a mini Royal Theatre of Madrid, its main axis oriented towards the tower of the church of San Bartolomé, with its inclined and mirrored stage backdrop so that the spectator always locates the place behind the scene, all made with 18 poplar plywood boards and above all with a clear intention: to be used.

The idea is for this mini-theatre to function during the Concentric 02 Festival in a spontaneous, free and cultured way, so that anyone who wants to go on this mini-stage with their mini-audience can do so.

And we call it Alexander Platz, with that double reading of agora and wink to Christopher.

It’s about making a city. Let’s hope it succeeds. 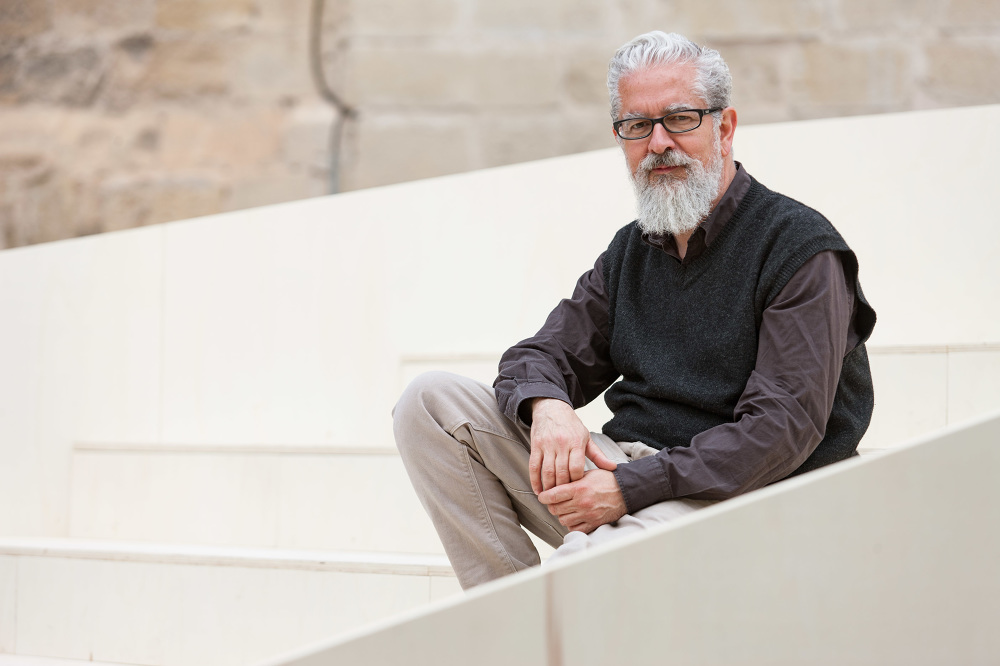 Throughout 26 years of theoretical and practical professional practice, he has always sought the concretion of a project method in permanent reform, which, from a very personal position, provides a response to each of the problems he faces, using all the tools of design with a certain proportion.
He was recently awarded the V CediR Prize 2014 (Design Centre of La Rioja) in the designers’ section in recognition of his professional career.